An Atlantan's perspective on New Yorkers

New Yorkers have a reputation of being rude.  However, other than my one female cab driver that almost killed several pedestrians on my way in from the airport, every one I talked to in New York was extremely nice.  We had a couple of waiters who spent an extra long time to explain menu items to us.  There was one in a Korean restaurant who brought me a fork when he noticed I couldn't use the chopsticks (and then he continued to tease me about it in a good natured way).

Now, being nice and being friendly are two different things.  People in Atlanta are pretty friendly.  They will nod and smile to you as you pass them on the sidewalk. They will probably talk to you if you stand near them long enough.  People in New York act as though they are traveling all by themselves.  They don't make eye contact.  They don't talk.  They act like they can't see you standing there.  People listen to their iPods - 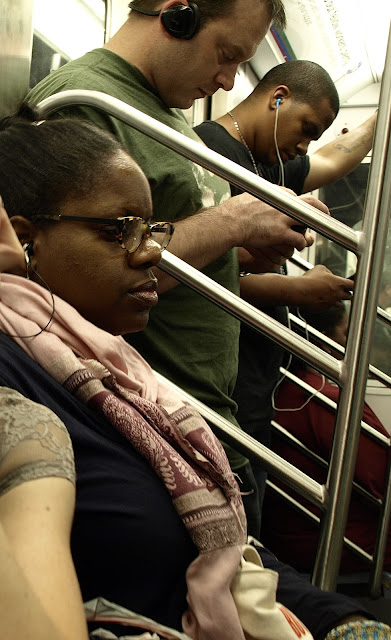 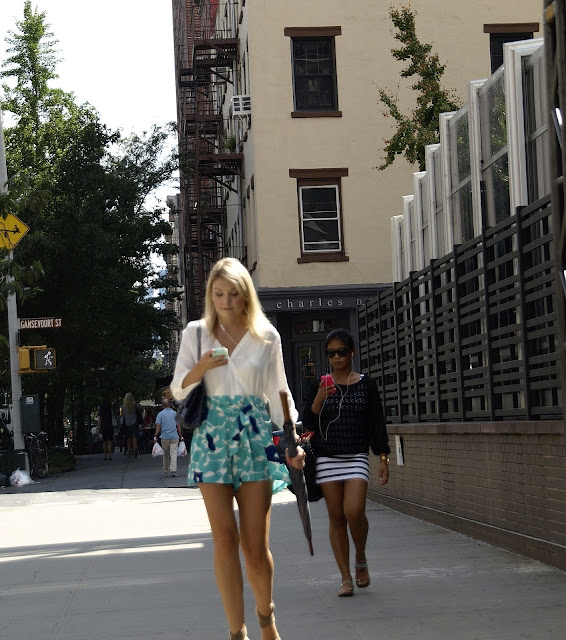 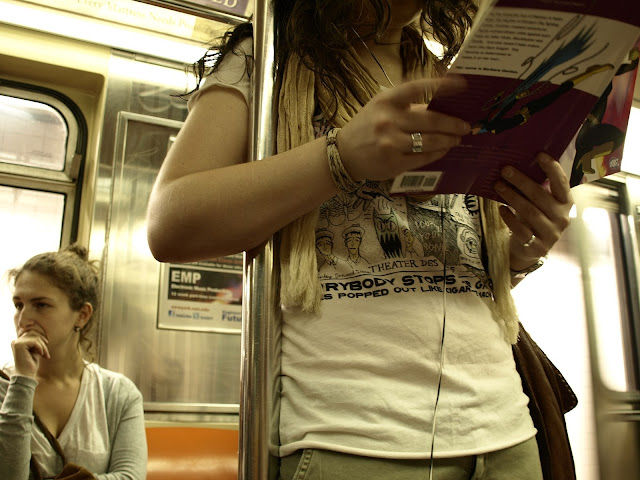 
They read their phones - 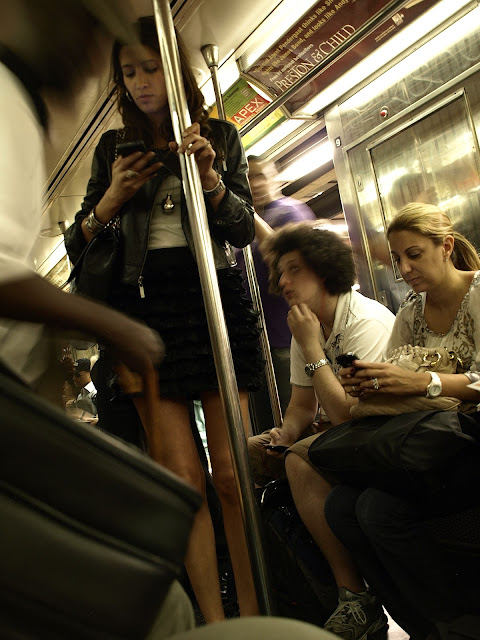 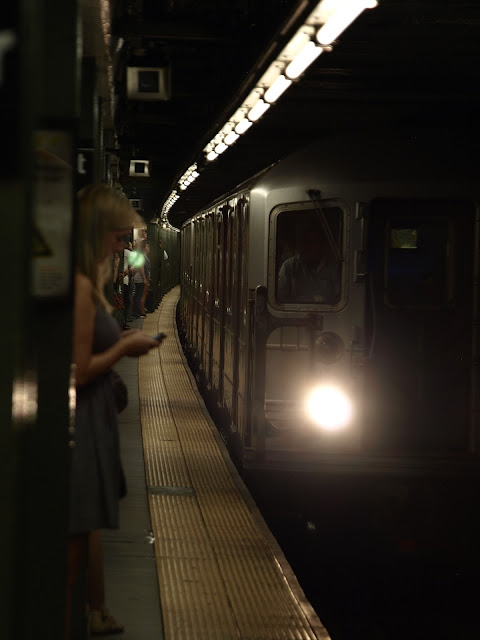 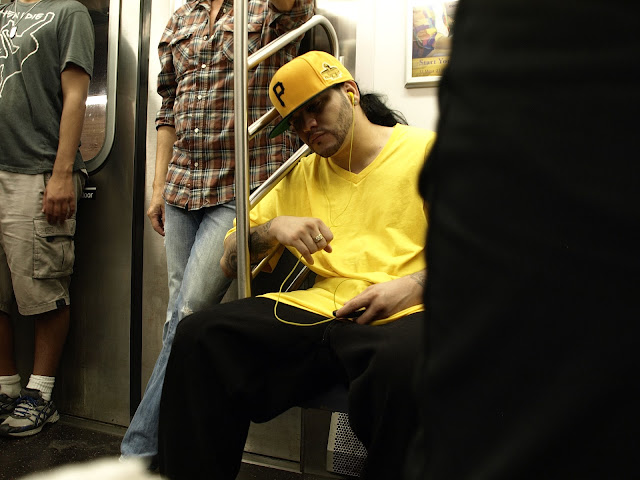 I didn't take any of this as rudeness.  I guess if you pass by a thousand people on your way to work everyday, they become a part of the landscape.

I had a glimpse of the hidden niceness of New Yorkers one day on the subway when the protective "walls" were broken down by a shared experience.  A man jumped off at a stop and then reached back in asking for his newspaper.  Another man graciously found it for him as the conductor was repeatedly warning "doors are closing".  As the first man was clutching his regained newspaper, the subway conductor closed the doors on him.   He stood there for nearly a minute stuck in the doors - one arm out and one arm in (still holding the newspaper).  A few people started shouting, "Let him out."  The conductor finally opened the doors a little to let him move an inch and then banged him again with the doors to make an extra point as the man was finally released.  After he was gone, those of us sitting right around the incident starting laughing and talking - "I can't believe that" - "That was so wrong."  Some of the strangers continued to talk to each other for the remainder of the ride.  I felt like I was back in Atlanta.

Meredith, your candid views of city life are wonderful. Love the proximity/isolation tension between iphone users. Great stories, too.

I like the photos: so simple, a bit industrial but mysterious as well. Good job!