The highlight of my whole trip to New York was meeting some of the former Project Runway contestants.  After the Project Runway finale show, a lot of them walked out of the door where we were standing. When I saw A.J. waiting in the walkway, my antenna went up.  Then, I spotted Nick Verreos walking quickly through the crowd, so I stopped him for a picture.  He is so nice and is one of my all time favorites -


I saw some people taking pictures of Gretchen Jones (winner of Season 8)﻿ and didn't even recognize her at first.  Her hair is much blonder than it was on the show.  She looks really pretty - 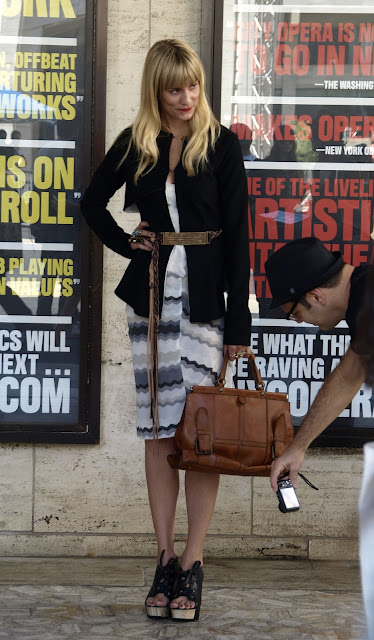 Then, some of the contestants of the current season came out.  I talked to a few of them.  Joshua is every bit as nice in person as he is on the show - 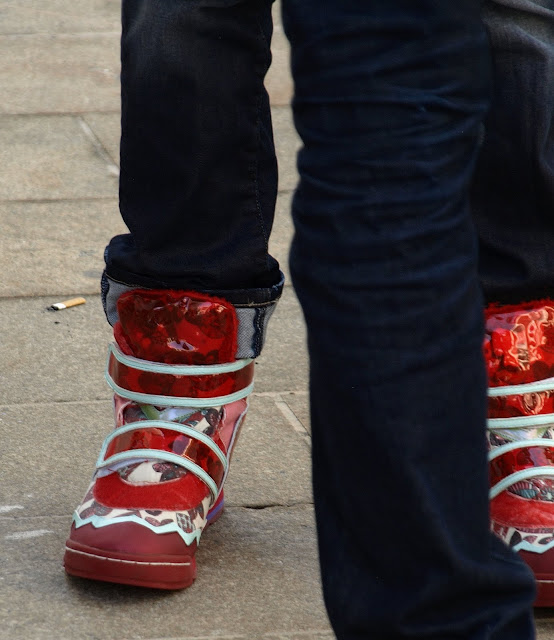 He was with Valerie Mayen, Michael Drummond, Michael Costello, and Ivy Higa. 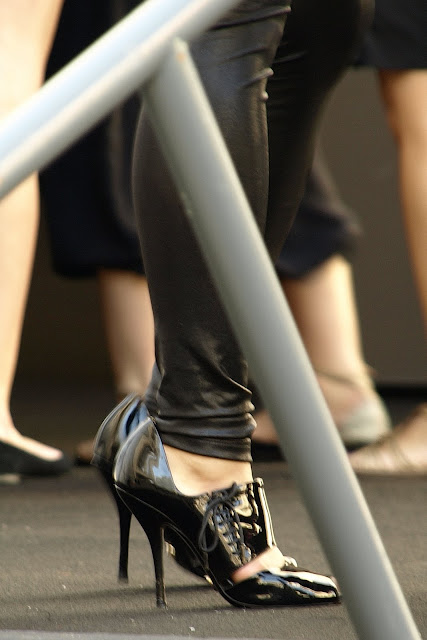 Then, for a great finale Austin Scarlett and Kenley Collins walked out ﻿- 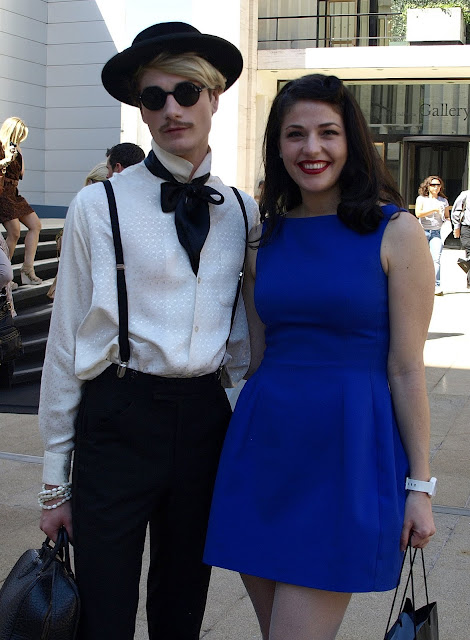 They were both super nice.  Kenley is so pretty and friendly.  They told me that Project Runway All Stars is starting in November.  I can't wait!
Posted by Meredith M Howard

what's the deal with all the dudes carrying purses (could it be because they are also dressed like women?)? Does this mean that your hus is going to start carrying a bag now? :)