At NYFW, I saw a few people from the world of fashion reality TV.  Let's start with the ones who were kind enough to stop for photographs.  First, I saw Robert Verdi (stylist) walking by and asked if I could take his photo.  As soon as he stopped for me, he was swarmed by photographers.  He jokingly said that he was going to charge $3 a photo.  He knows how to work a crowd. 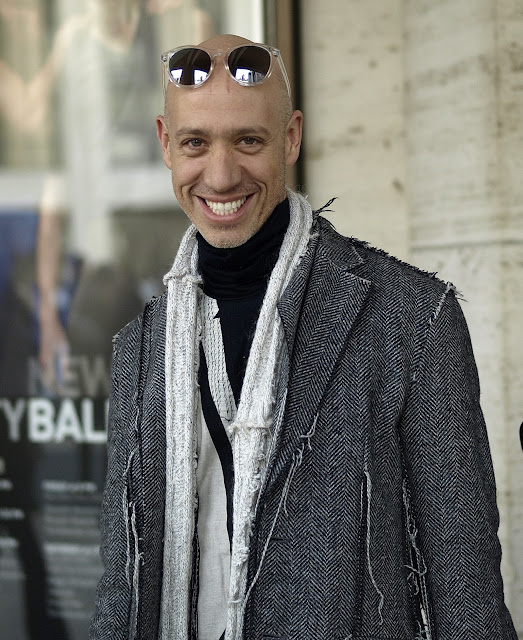 I noticed his cool shoes when he started to walk away - 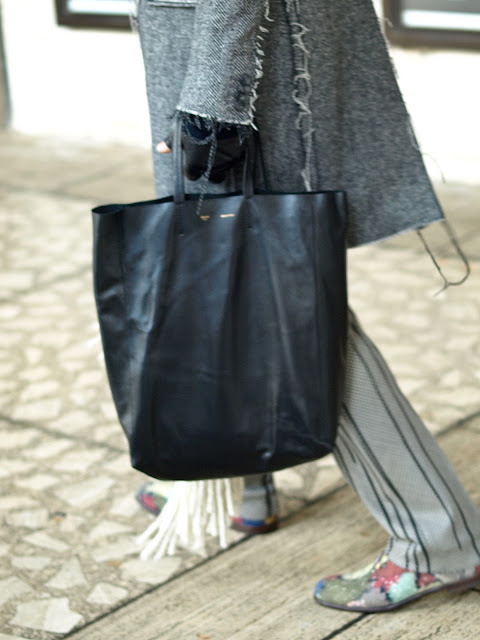 He was with Jay from America's Next Top Model, who also kindly posed for photographs that day (but not the next when he was with Nigel Barker) - 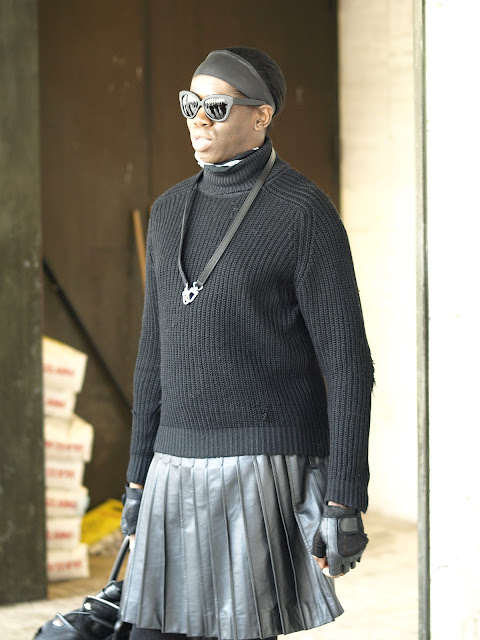 Kelly Cutrone, fashion publicist and owner of People's Revolution, stopped when I asked her.  However, she was consistent with her ﻿tough personality and did not smile - 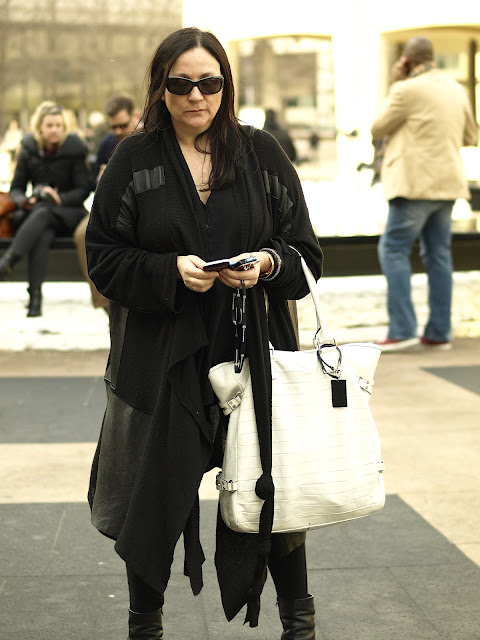 The next day, I saw Nigel Barker, photographer from America's Next Top Model.  He was racing through the courtyard and did not stop for photographs even though people were shouting his name.  I could only get a couple of pictures as he was hailing a cab with Jay - 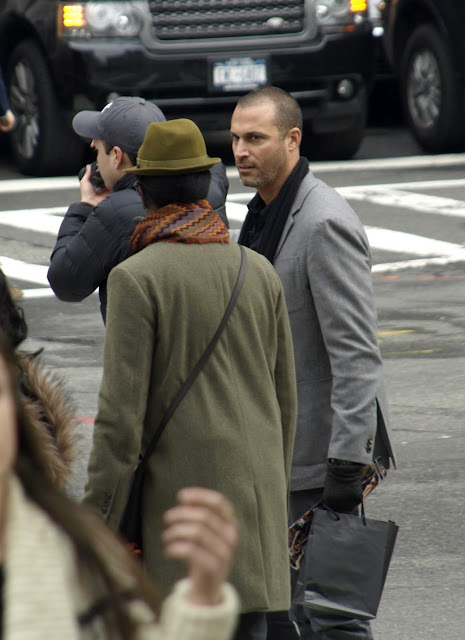 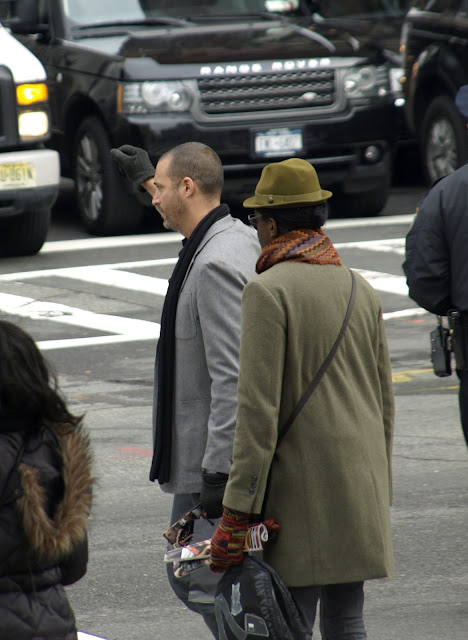 I saw many of the Project Runway Allstars in September but none this time.  I did run across a few contestants from previous seasons.  I already told you about meeting Jay McCarroll, which was a highlight of my trip.  I also saw Jack Mackenroth - 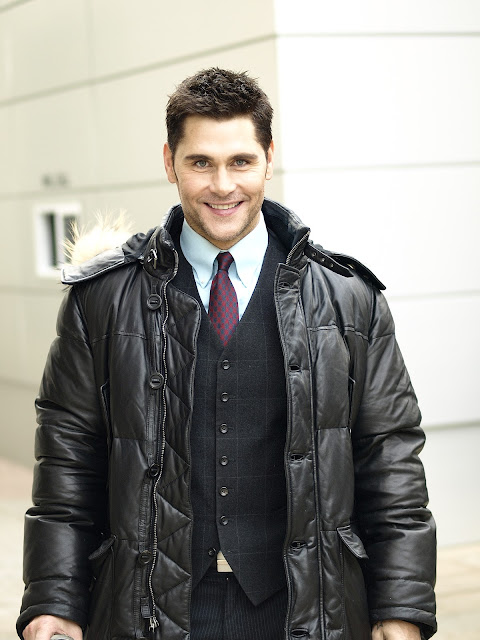 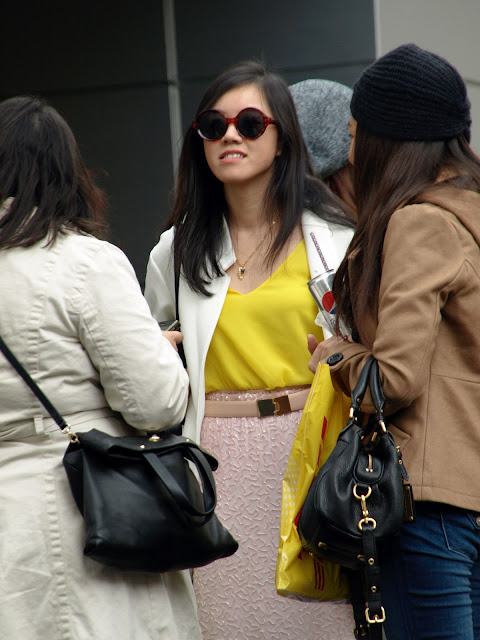 I also saw Zana Roberts Rossi, Editor for Marie Claire and former Project Runway judge.  I am fascinated by her shoes that look like ski boots - 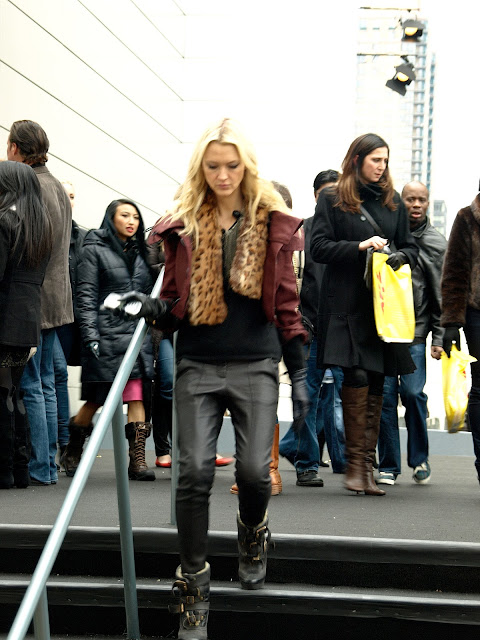 Here is Joanna Coles, Editor of Marie Claire and mentor to the Project Runway Allstars - 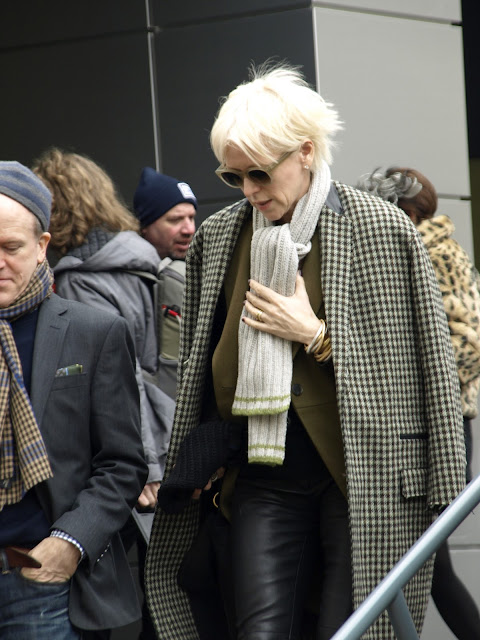 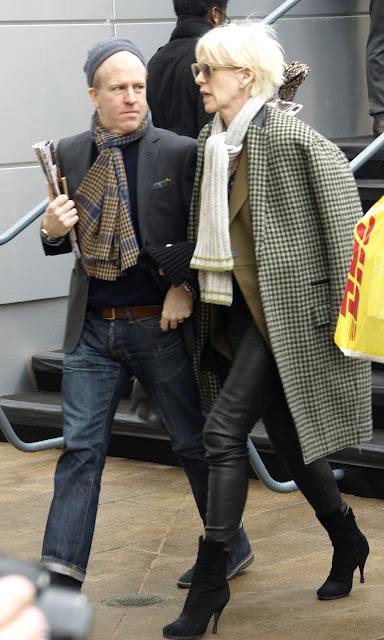 And my last photo is of a woman who was the host of a fashion television show that aired when I was much younger.  I heard her voice and was immediately pulled back into my teenage world of fashion in which I was the only person I knew that cared to watch fashion shows on television.  I would watch "Style with Elsa Klensch" and then this woman's show.  I don't remember her name, but her voice I could never forget. 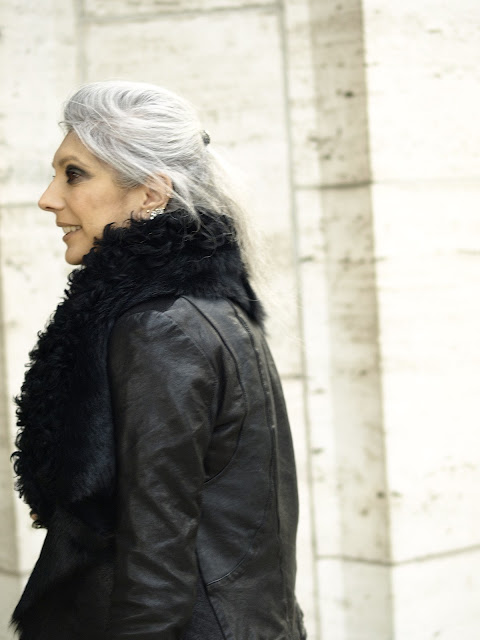