I just returned from a trip to Switzerland and Italy.  It was fabulous!  Right now I am eating a dark chocolate truffle from Zurich and drinking my homemade coffee which pales in comparison to the frothy, espresso-like coffee made by the Swiss.  If I could have flown my daughters over (and found my husband a very high paying European job), I would have stayed forever.  There is so much I want to show you that I'm just going to begin with Day 1 -

Day 1
Nine hour overnight flight.  Arrived in Zurich, Switzerland in a haze from not really sleeping on the plane.  Several different Swiss angels helped us get on the right train and tram and to our hotel.

﻿﻿﻿﻿﻿﻿ ﻿﻿﻿﻿﻿﻿
While most people's European vacations are about the food or the sights, ours seemed to center around public transportation.  With location names like Bahnhofstrasse, Hauptbahnhof, Schweighof, and Uetliberg wouldn't you spend most of your time trying to figure out where to go?

Fortunately, our hotel was in a mall area with shops and restaurants, so we quickly found our first meal right outside of our hotel. 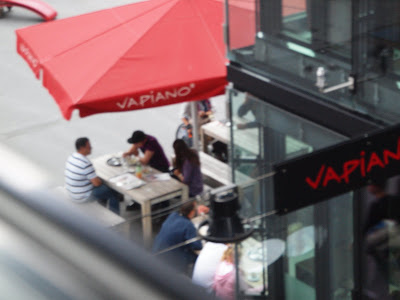 People hang out on these red swoosh benches that rock and stand up when you stand up.  I almost lost a coffee on one of these. 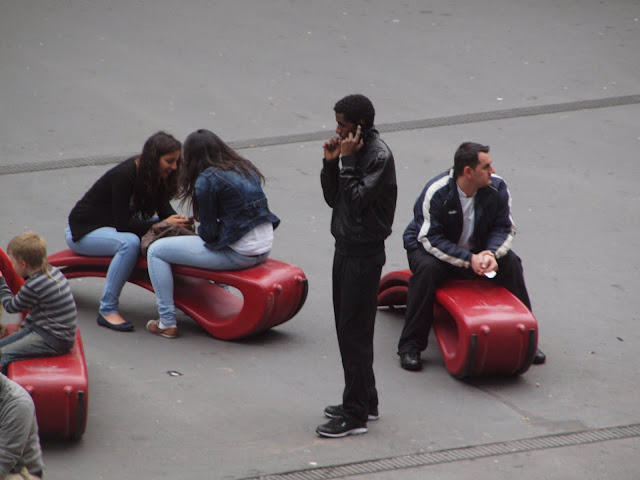 After some pizza, we were ready to attempt public transportation again.  Here is a guy that was riding his bicycle around the plaza while we were waiting for the tram - 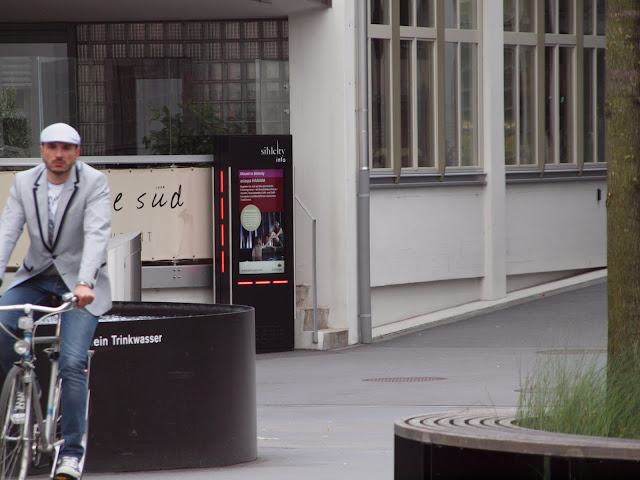 His outfit is a good example of what you see on a bike in Europe.  You don't see anybody in athletic gear.  My husband was often the only person in the the whole city wearing shorts.

We made it successfully to Old Town and ate at Terrasse - 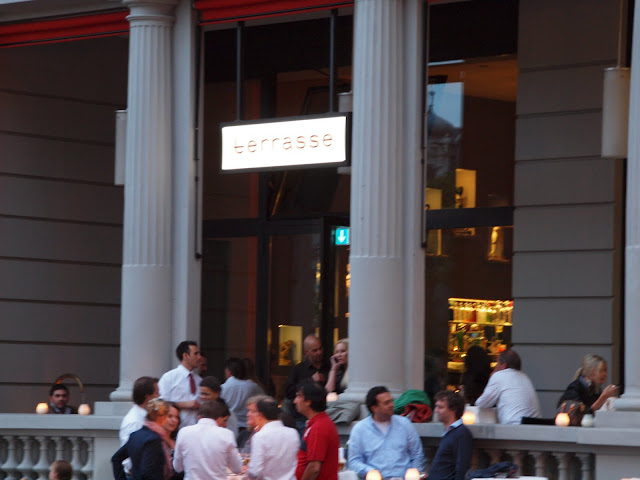 The service was snooty but the scenery was grand - 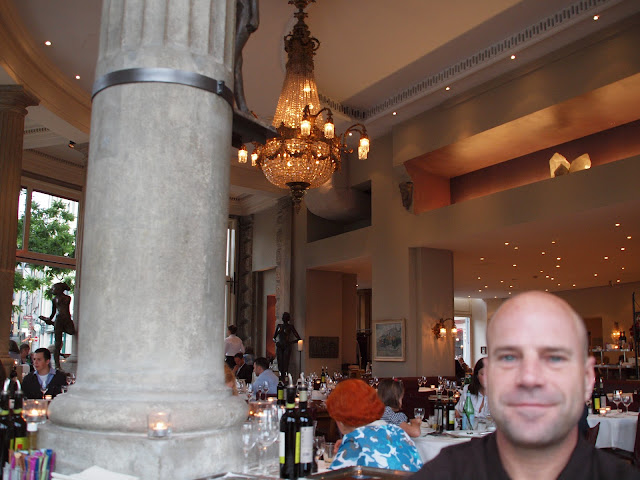 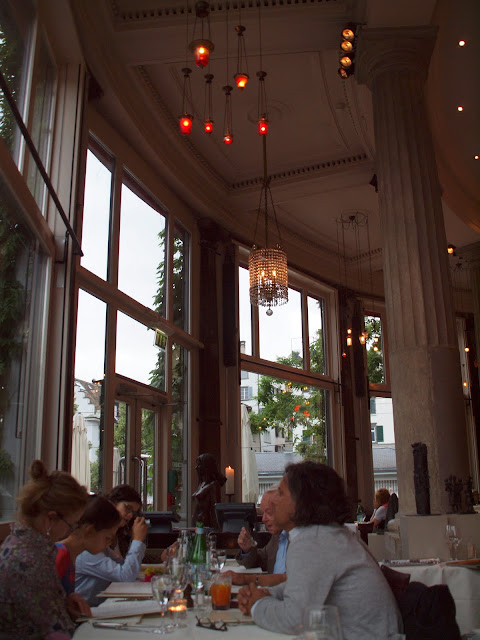 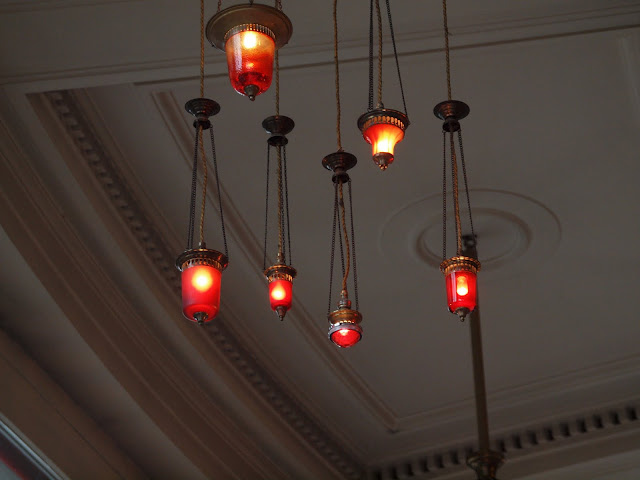 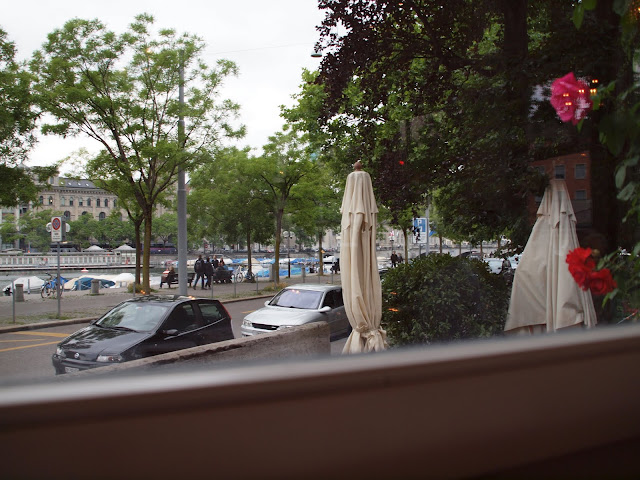 After dinner, we took a walk by Lake Zurich - 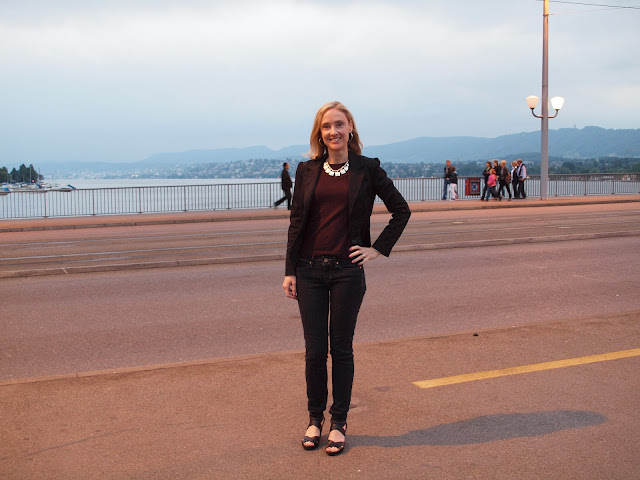 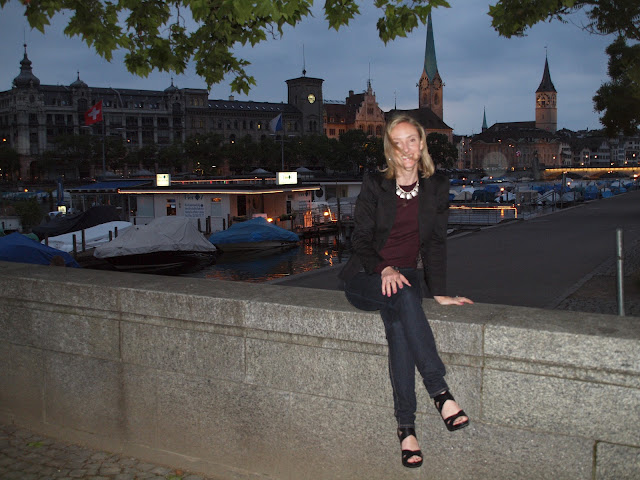 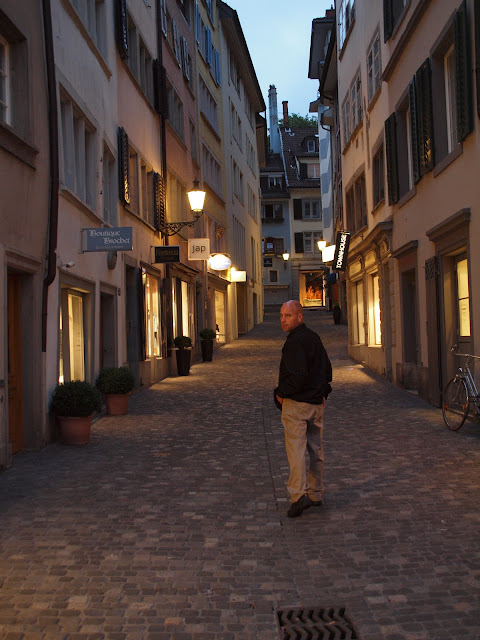 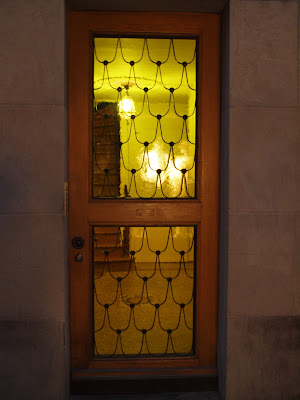 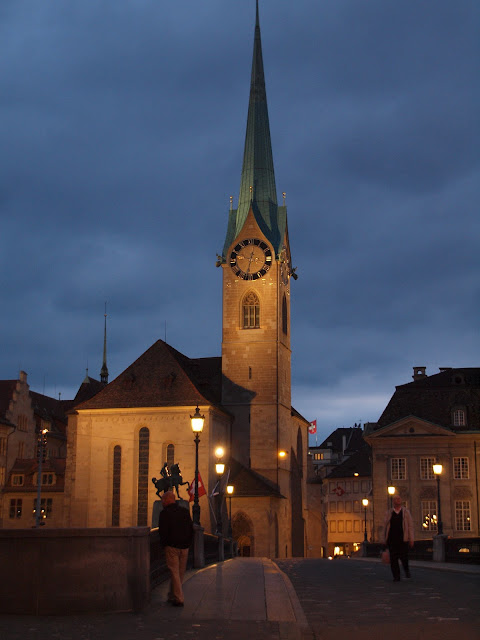 I was thankful for this clock tower with the blue steeple, because we used it to find the way back to our hotel several times.﻿
And thus ends our first day in Zurich.  Come back tomorrow for Day 2 of our trip...
Posted by Meredith M Howard

awesome! I am so jealous!

Love your pictures, especially the one of you sitting on the wall.