After drinking coffee at Starbucks and then eating lunch at Burger King (gasp!), we needed to get a little more cultural.  So, we wandered around until we found the Kunsthaus museum.  Wonder of wonders - this museum doesn't have any photo restrictions.  Is the Atlanta museum the only one that thinks so highly of itself that it doesn't allow people to take photos of the exhibits?  Anyway, we started with some very modern art - 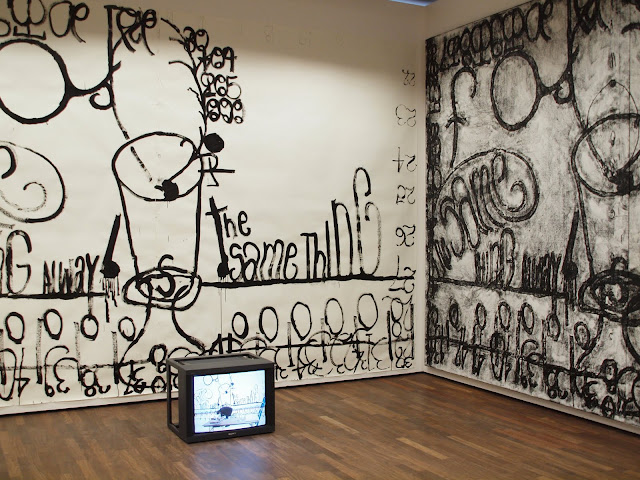 I don't know exactly what this piece means, but the artist had filmed himself creating it - 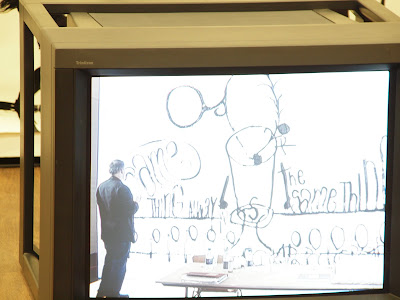 If you have been to my house, you know that I appreciate modern art.  But for this one, I would have liked a little more explanation.

Then, we saw this strangely beautiful piece - 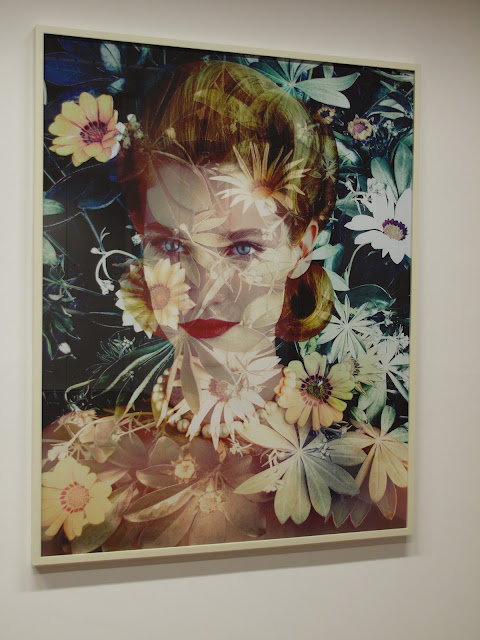 ﻿
...and an exhibit of 20 drawers with tiny compartments each designed by a different artist including Picasso and Warhol - 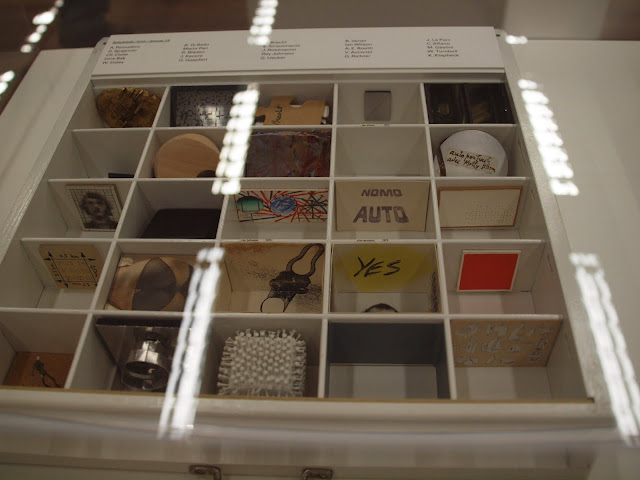 Moving on to less obscure pieces, here is a self portrait of Picasso - 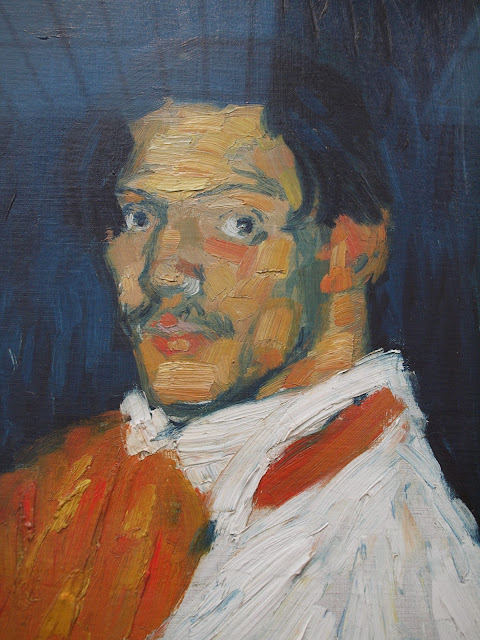 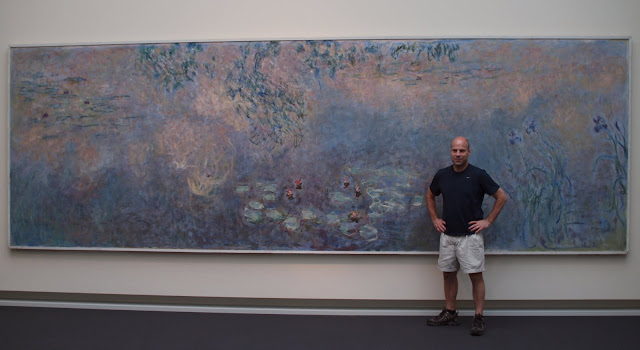 I love looking at the brushstrokes that create these masterpieces - 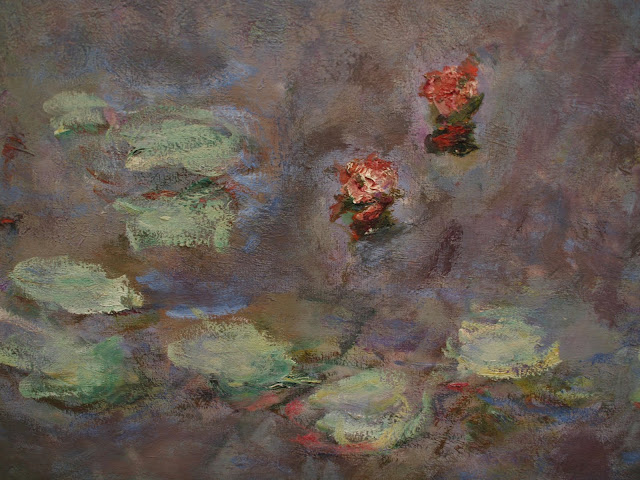 My favorite is Van Gogh - 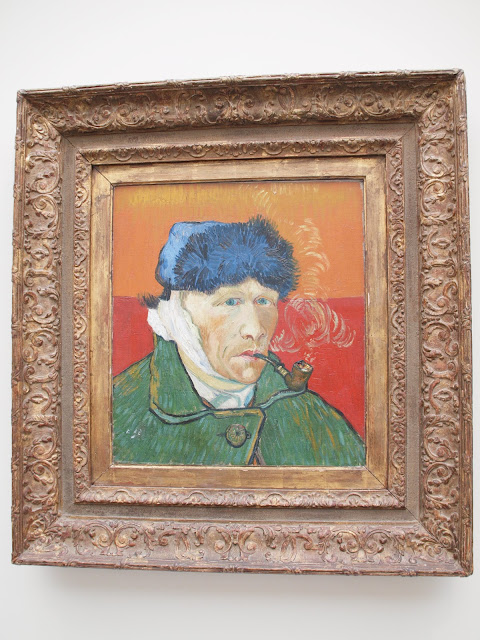 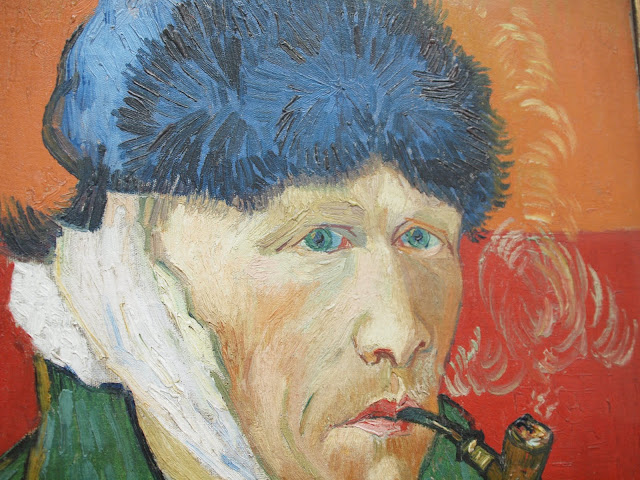 ﻿
We saw another painting by Picasso - 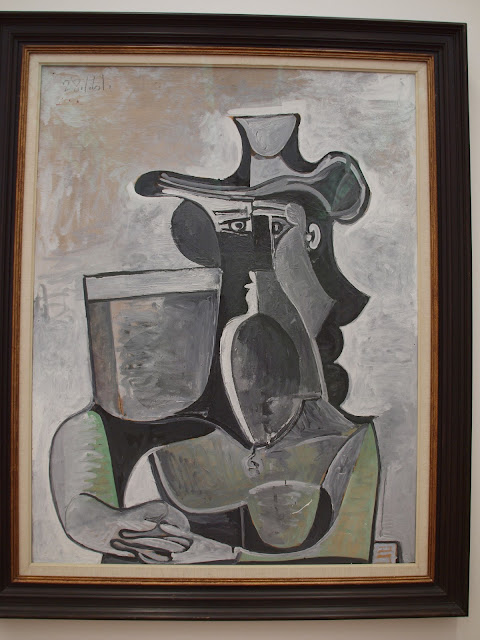 At least he explains himself -

﻿Or maybe it's just that I can read French but not Swiss-German.
We finished up with a Warhol, who is always entertaining - 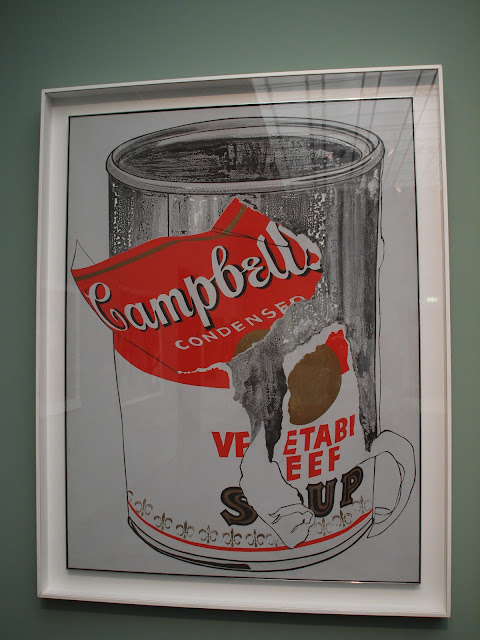 ﻿
After the museum, we sat down for a relaxing drink - 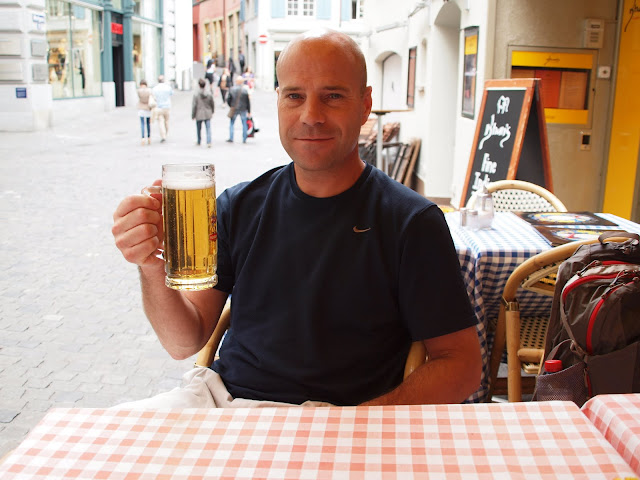 ... and then went by Sprungli for the best dark chocolate truffles I've ever eaten - 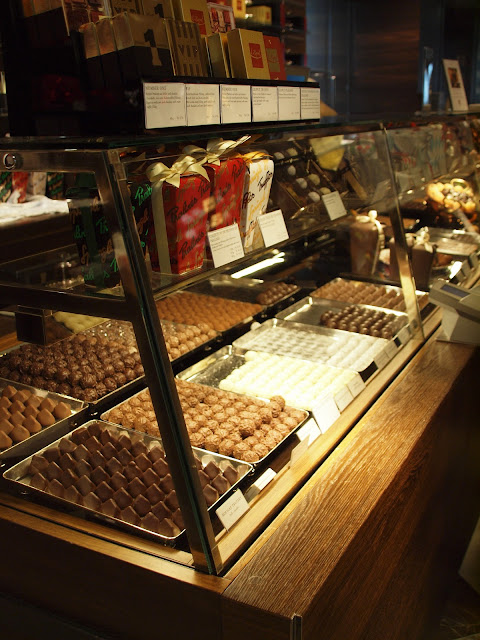 We then headed back to the hotel to get directions (no less than 3 times) to Uetli﻿berg, which is the highest point in the city.  After a short bus ride to a stressful search for a tram stop ("just follow the signs" - there were no signs) to a confusing short hike up the rest of the mountain ("just follow the crowds" - there were no crowds), we finally found the restaurant.  It was beautiful - 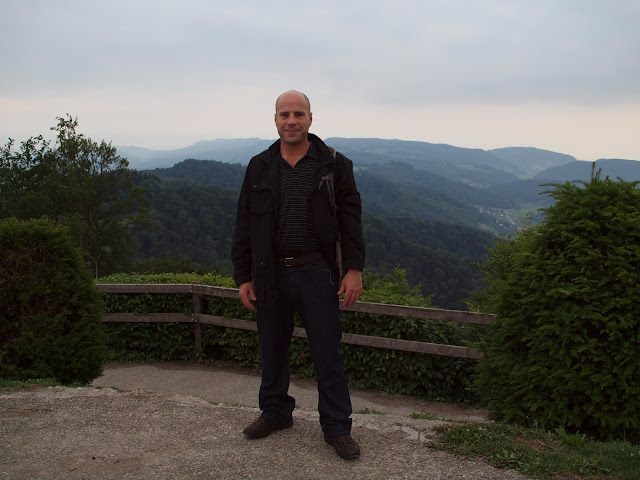 That night, we had great food but the strangest service.  In Zurich, it seems that either the restaurant has one waiter who does everything (including checking people into the attached hotel), or the restaurant has many waiters none of which are assigned to you.  That night every single waiter in the restaurant waited on us resulting in orders being confused and overlooked.  I guess you can do that when you have the nicest view in the city - 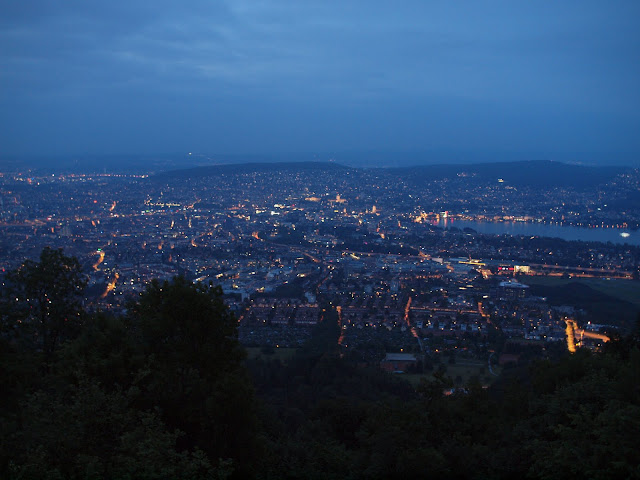 On Day 3, we took a four hour train ride to...
Posted by Meredith M Howard