Do you remember the first time you ever tasted a honeysuckle?  I was 4 years old.  I was on the playground, and another child showed me how to do it.  It seemed like a wild and crazy thing to do - to suck nectar from a plant that was growing over the fence.  But soon I was spreading the news to more children.  From then on, we spent every recess at that fence until every honeysuckle had been sucked.

It never occurred to me to teach my own children about honeysuckles.  I think it is a secret entrusted to children that you forget as you grow older.  Recently, my oldest daughter learned about it on her playground, and she was overjoyed when she found honeysuckles in our own backyard.  She immediately passed the knowledge on to another child - 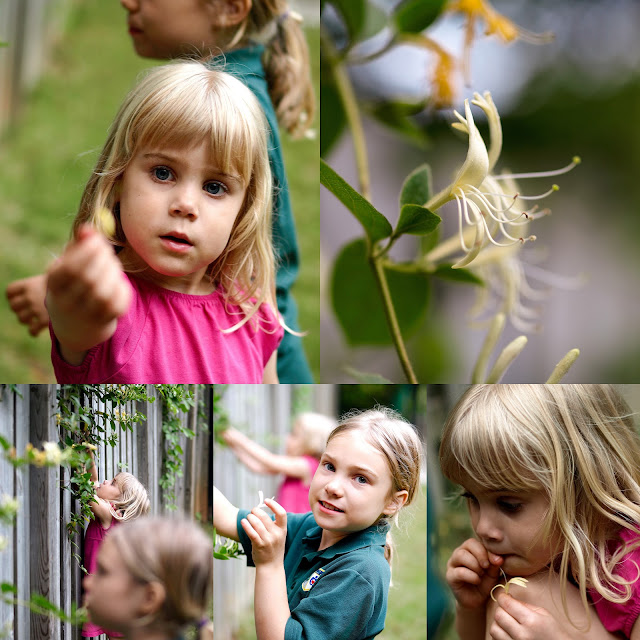