Growing into our dreams 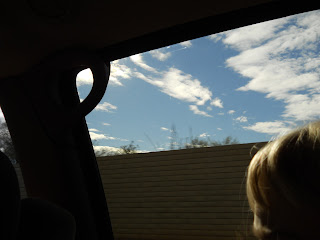 ﻿
As I grow older, I am inspired by people who create something significant later in life.  I had no idea until recently that Laura Ingalls Wilder (author of the "Little House" book series) falls into that category.  Hours and hours of my childhood were spent pretending to be Laura from the "Little House on the Prairie" television show.

Laura Ingalls Wilder was born in 1867 and spent her early adulthood raising her daughter and helping her husband on their farm.  She published her first magazine article in the Missouri Ruralist at the age of 44.  Almost 20 years later, she submitted her first book to publishers.  It was rejected.  After making significant adjustments to the book, Little House in the Big Woods was published in 1932.  Mrs. Wilder was 65!

"Laura felt a warmth inside her.  It was very small, but it was strong.  It was steady, like a tiny light in the dark, and it burned very low but no winds would make it flicker because it would not give up."
- Excerpt from The Long Winter by Laura Ingalls Wilder
Posted by Meredith M Howard